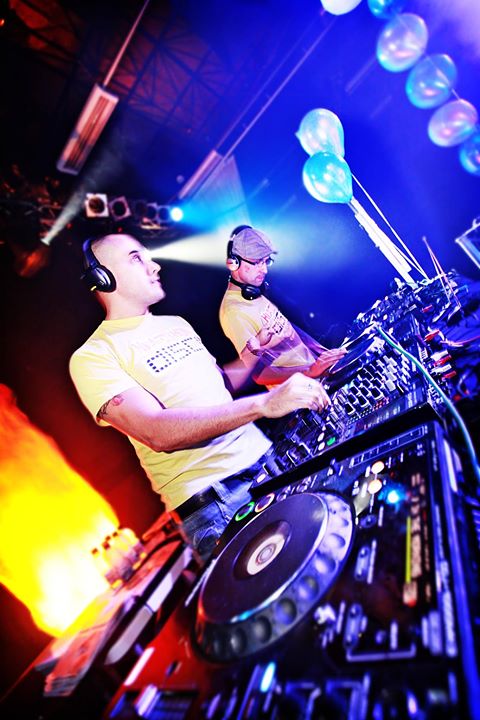 We have an uber special party planned for you this Labor Day weekend. Headphone Disco and Terra Fermata present a Silent Disco in the garden!

4 years, 4 continents, over 200 shows in 2010 alone, 10,000 wireless headsets and a whole bunch of surreal tripped-out madness… Headphone Disco is the silent phenomenon which is rocking festivals and clubland from the UK to Uganda! Enjoy an outdoor party with amazing music curated by Headphone Disco DJs. You live in Stuart — why be stuck inside a hot, sweaty club when you can dance freely while sipping on handcrafted beverages in a beautiful beer garden in the heart of Stuart! With two DJs simultaneously spinning tracks through wireless headphones, you’ll be able to switch between DJs at any time!

Unfamiliar with the concept? It works by taking a room full of clubbers, removing the sound system, arming said clubbers with a set of wireless headphones and having two separate DJ’s broadcast to them over two FM channels. At the same time. That’s right, two DJs playing two contrasting styles of music, side by side, on the same stage, at the same time, over two separate FM channels. Party-goers can switch between both DJs via a toggle switch on the side of their specially adapted wireless ‘disco muffs’.

Don’t like the electro vibes that DJ ‘A’ is throwing down? Then switch over to DJ ‘B’ he might be spinning a reggae set. Don’t have the energy to keep up with DJ ‘A’s indie rock and roll mash-up? Check out DJ ‘B’ he’s got an R&B vibe going on. Simply flick the switch on your headphones, select your DJ and get busy on the dance floor.

So what’s to see at Headphone Disco’s ‘Two DJ Supershow’? First up, you’ve got two DJs battling to out-do each other for the crowd’s attention. Each DJ wants to increase his share of the crowd and will try every trick in the book to divert attention away from the other one. Meanwhile you have the crowd getting down to a soundtrack that only they can hear. Half the crowd might be bouncing to hard house while the other are skanking to hip hop.

Party starts at 10:30pm and goes til 2am. Get ready to have the time of your life… See you in the garden!